We are delighted to reveal that the CRA community raised £545.33 for the British Red Cross Ukraine Crisis Appeal. Aqua house organised a ‘Teacher Forfeits’ fundraising event where a number of staff volunteered to take part in a variety of forfeits as donation targets were met. Donation targets ranged from £1 up to the top target of £500 which would saw Mr Thornton have his head shaved - as an added incentive those who donated £10 or more were entered in to a draw to be the person who shaved his head! 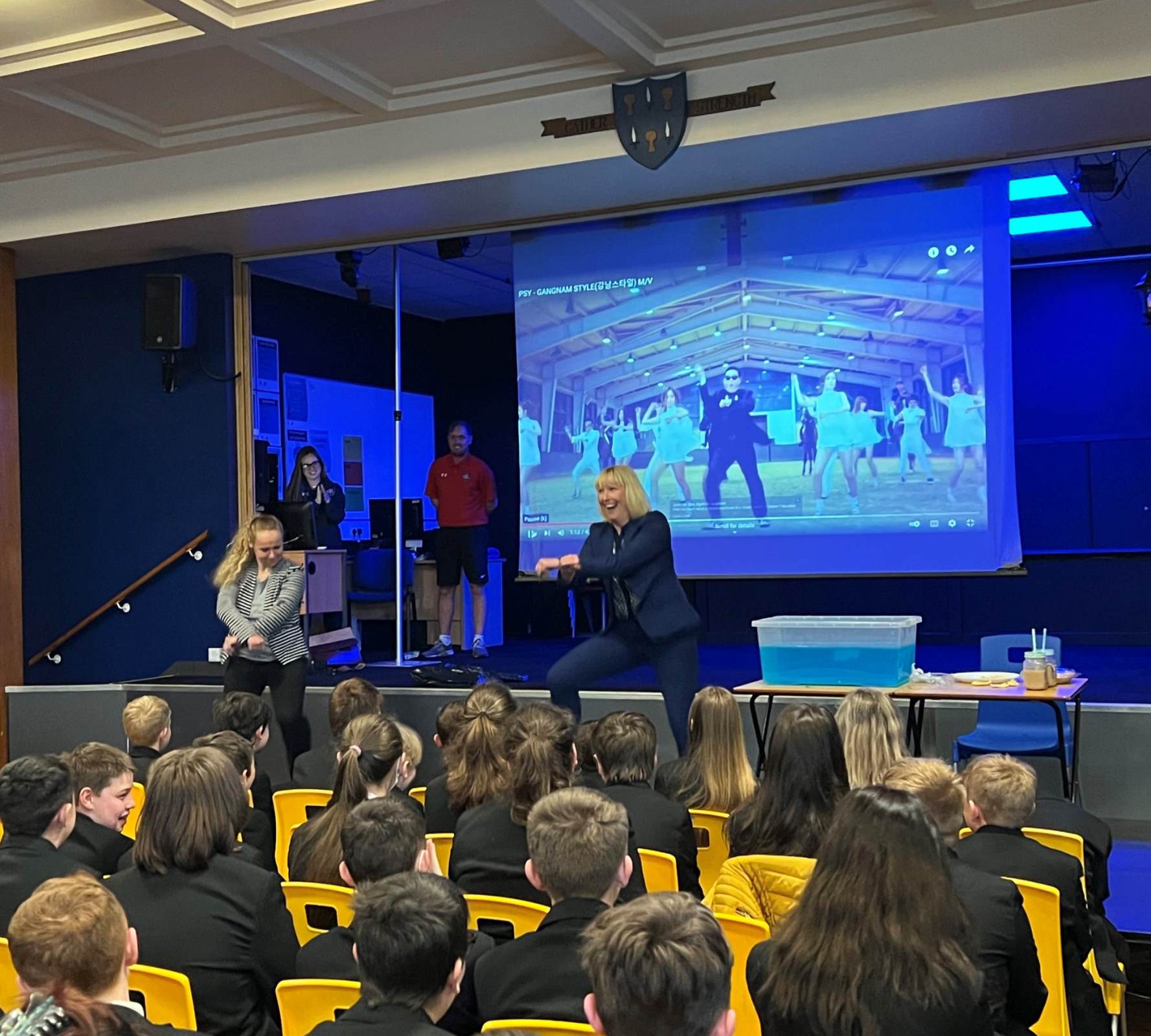 Other forfeits included Mrs Warren eating a whole lemon (she dislikes lemons very much!), Miss King & Mrs Harvey performing the Gangnam Style dance on stage, Mrs Brealey being dunked in slime, Mrs Miller-Brown & Mrs Rathbone consuming one of CRA’s infamous ‘dreaded smoothies’, Mrs Elsby receiving a pie to the face and Mr Webb having his leg waxed – all of which was carried out in front of the school during assembly.

The generosity of the CRA community will go to support many people in need, in particular those affected by food, water, first aid, medicines, warm clothes and shelter:

A huge thank you goes to Aqua 10 students, Isabella and Cali who were earlier in the year selected to be ‘Charity leaders’ and it was their hard work and commitment to the cause which led to a very successful fundraising event. Both students spent every day in the build up to the event seeking donations from their peers, staff and the wider community.

Although this was an Aqua charity event the success would not have been possible without the support of both Caeli and Terra – reinforcing the importance and strength of the CRA community as one.