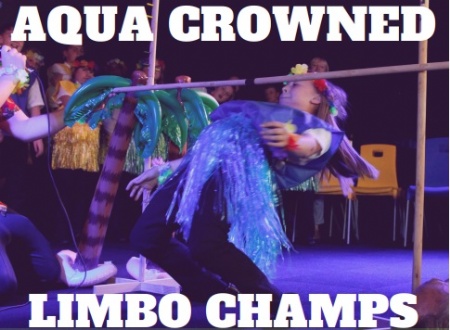 On Friday 20th September students at Charles Read Academy got their first real taste of the new look House Championship when members of Aqua, Terra and Caeli took to the stage to go head to head in the

In the build up to the event Charles Read Academy was buzzing with excitement, with students eager to see who would take the first set of points. Over 50% of the academy took their seats in the main hall to watch the event unfold and cheer on their house teams. The atmosphere was electric, students really did bring the noise, as House names were chanted repeatedly with passion. The music was playing and house teams were on their feet dancing, getting involved and having an amazing time. Jack in year 8, who was cheering his house team on said "It was amazing. We had so much fun and I can't wait for the next one".

The atmosphere created had the adrenaline running among students and staff representing their house as they entered the stage to a rapturous cheer from their peers. The Limbo got off to an entertaining start with all participants dancing to the tunes, comfortably gliding underneath the limbo pole. Each round got harder and harder as the pole lowered, spelling the end for a number of competitors, leaving each house with at least 1 participant in the final round. Kara in year 7 for Caeli, Josh in year 10 for Terra, Robert in year 7 and Courtney in Year 9 for Aqua all made it to the final round where Courtney (picture above) showcased excellent flexibility and balance to seal the winning points for Aqua, sparking celebrations in the Aqua section of the crowd.

Well done to all competitors who displayed a great deal of courage and resilience to perform on stage in front of a large audience. Competitors and spectators also demonstrated a huge amount of respect throughout.